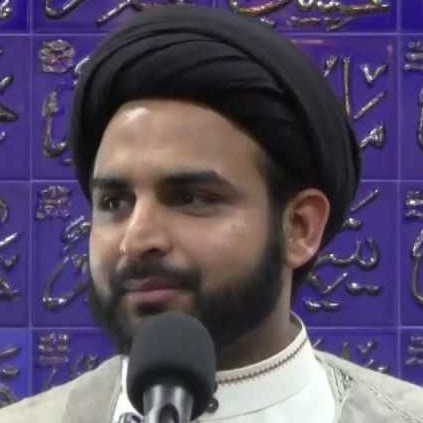 In the early 1990s his family migrated to United States. His basic schooling was done in New Jersey, and he graduated from high school in 1998. Since early childhood he had the inclination and desire to attend Ḥawzah Ilmiyah for extensive Islamic education. He started his religious studies in Chicago, Illinois under the tutelage of H.I. Moulana Amir Mukhtar Faezi at Imam Ali Seminary where he studied for one year.

Thereafter he attended the Islamic Seminary of Qum in 2000 and studied under some of the best and renowned theologians of the Hawzah. After completing general coursework in Arabic literature, Jurisprudence, Qurʾānic Exegesis, Principles of Uṣūl, Kalām and Manṭiq, Moulana Rizvi focused his attention towards Islamic philosophy and during the latter part of his studies on Irfān-e-Islāmī.

Throughout his six years of studies at the Ḥawzah, Moulana obtained 204 credits and received Bachelor’s in Theology and Philosophy from Jamiatul Mustafa al-Alamiyyah.

Following his studies in Qum he felt the need to improve his fluency in Arabic. In pursuit of this goal, he travelled to Damascus and enrolled in advanced Arabic courses at Damascus University’s Arabic Language Institute and completely immersed himself in an Arabic speaking environment. During his stay in Syria, he also periodically travelled to United States and lectured at various Islamic Centers.

Bachelors in Theology and Philosophy

Ḥawzah Muqadamāt, Studied and completed courses from College of Dupage

Your Questions About Islam